We live in times where a lie is halfway around the world before the truth gets halfway out of bed.

From half-educated half-wits declaring themselves as experts in anything, to the sharpening and levelling of political information, to the smearing of opponents, to the latest rumours in a crisis, to the creation of alternative facts, to targeted disinformation campaigns, how do you know that what you are being told is true?

When I started writing this rule, my first worry was that people are too gullible and are thus easy prey for manipulators of information. A strong call for doubt seemed appropriate, and my first choice reflected this: Make "I don't believe it." your maxim.

But then Dr. Dale Kolody pointed out that if we look at the full spectrum of doubt, both extremes, "doubting nothing" and "doubting everything", avoid the need for critical thinking. And this brought about my second worry: That people believe too little, believe their opinion on something they know nothing about is as valid as expert opinion, and are thus easy prey for manipulators of information.

Hence my choice: Use doubt wisely.

Belief and doubt both need to be moderated by reason in order to find truth (Figure 1.8.1). 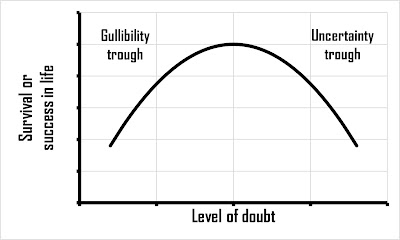 Figure 1.8.1: Hypothetical effect of level of doubt on survival or success in live.

Or as Bertrand Russell (1933) expressed it so well: "The fundamental cause of the trouble is that in the modern world the stupid are cocksure while the intelligent are full of doubt."

Doubt is often viewed with suspicion. But doubt is not synonymous with cynicism nor is it synonymous with distrust. I would not call a person a friend who believes everything I say. Not because I am telling lies, but because there is always the possibility that I am wrong.